5 Digital Trends That Will Disrupt Church In 2022

I love starting the new year, where I believe disruption is taking us. The evolution of Web 3.0, Self-Aware A.I. (Artificial Intelligence), and MaaS (Mobility as a Service) will cause more disequilibrium in the Western Church in the future. Those are significant shifts for humanity, but we have time. However, we currently must navigate the present challenges caused by the latest wave of digital innovation. So what trends are in store for us in 2022? Well, buckle your seatbelt. This is gonna be an exhilarating ride.

1. We will see the Rise of Influencer Pastors

Remember when Oprah was America's Pastor? Many decried the Media Mogul and her brand of spirituality, but she was a harbinger of things to come. With Decentralized media platforms comes the ability for relatively unknown people to rise to prominence, and with it, their brand of spirituality. Gone are the days of the limits of Geographically based churches that provided a few well-meaning expositors. With Social Media, Spiritual Enthusiasts of all walks can evangelize the masses. What used to be only possible for select-few firebrand televangelists has given way to Influencer Pastors like Michael Todd, Jefferson Bethke, and Elijah Lamb (who is only 18).
You may argue that only one of those is a "true pastor." Still, when you begin to see the size of their following and the fact that many don't consider themselves a member of a local congregation, one begins to question who is actually leading most people today. Take Elijah, who has almost 700,000 followers on TikTok. He would also argue that he isn't a pastor, but he leads, and people listen. Expect a growing number of the biggest names in Christian Teaching and Preaching to be filming in their garage rather than multi-million dollar stages. And Expect the Masses to consider them their pastors--without being "members" of an organization.
For those who are well acquainted with the Prevailing church model, this may give you pause, which brings me to Trend #2.

Classical Liturgy and its Hymnody lost the Worship Wars and will continue to make the cultural descent this year as it has for the previous four decades, but there is a new war brewing. I call it the Ecclesiology War.
Ecclesiology is the theological nature and structural traits that must be apparent for a collection of Jesus followers to be considered a true church. The difficulty is that these debated traits often have more to do with institutional bureaucracy than the Ekklesia Jesus explained to Peter (Matt. 16:18).
Yet, as the Western World's church methodology wanes ineffective, we see new expressions of following Jesus through devotion, community, and mission arise on the margins. Decentralized Gatherings have begun on the MetaVerse, Twitch, Call Of Duty, and Facebook. Some require physical presence while others only spiritual and emotional presence, but disciples are being made in every case, giving rise to new questions: What is a Pastor? What is a Church? Do we have to be physically present for Jesus to be present? The answer to the last question is being proven that we don't--hence the disruption.
And so as these innovative missionaries are beginning to disrupt our theological understanding of ecclesiology. With this new frontier comes new debates, schisms, and, unfortunately, war. I wish it wasn't so. Some might say I'm a cynic. However, when a new model arises that threatens the economics of the prevailing model, there is always friction... and too often with people, friction culminates in war.

"When a new model arises that threatens the economics of the prevailing model, there is always friction... and too often with people, friction culminates in war."

This Philosophical clash will create new rifts in the Western Church, but I also believe there is a silver lining: Unity.
Those who embrace the Church's digital expressions by recognizing that Jesus' Great Commission isn't prohibitive of digital platforms will begin to coalesce around the tetradic (from Marshall McLuhan's Laws of Media: The New Science) interplay of the ecclesiastical diasporic Double Helix of the Church's DNA. For the first time in human history, we can be the gathered and the scattered simultaneously. This creates a need for a more accurate understanding of the Church. Accepting that our organizations are not the Church but only serve the Church is the first step. The next step is the mature embrace of any method that reaches people for Jesus. If Paul did it, we should do it (Philippians 1:18).
And That's where Trend #3 comes in.

3. The Church Will Embrace a New Missionary Frontier

With the advantages of crypto and blockchain technology, we will continue to reach more and more people for the Gospel of Jesus. Places hostile to the Gospel and cause grave danger can now spread virally and more securely than ever before.
Silicon Valley Jesus-followers have the keys to finishing the task of the Great Commission in our lifetime.
I believe there are great minds for the Kingdom in the Tech Sector and in Silicon Valley that would love the opportunity to use their gifts to help us reach the planet with the Freedom that Jesus brings with His Kingdom. We just get scared because we don't understand what they do. Great Kingdom Leaders don't have to understand the technicalities of an endeavor-- they have to understand people and the mission.
We have underutilized and undervalued the expertise of the men and women in the tech sector, just as we have with our entrepreneur siblings. It's time that we begin showing them they have a fantastic opportunity to Expand The Kingdom in an unprecedented way!
Missionary Hacker has a nice ring to it. Think about it.

4. The Succession Crisis Will Reach a Fever Pitch

The last two years have caused the Great Resignation, and on the heels of the Pandemic, the legacy of many older pastors has become shaky because of disruption. Ministry looks very different than it did in 2019, and most of that has to do with the mass adoption of Decentralizing Digital Platforms. How can you learn new ministry methods when you have more significant problems.
Bank accounts have been hit. Gatherings have shrunk. And Tension between many congregation members is at an all-time high. The only thing keeping many pastors from quitting is that they have no one to hand the reigns to. It's a perfect storm.
There are many reasons for this, but one of the main ones is that Young Church Leaders (under 40) are fewer and farther between than ever before. Few of them see Seminary as a viable option. Young Leaders who value their mental and emotional health increasingly witness the Prevailing Model of Church as a detriment to said health. Furthermore, they often see the challenges of communicating to six generations, the bureaucracy of older congregations, and the disruption most churches face and decide not to step into that environment.
One Young Leader has said to me, "It's easier to birth a baby than it is to raise the dead."
Many Young Leaders see the proverbial writing on the wall for churches that are more concerned with caring for their current congregation than creating the innovation that will help churches thrive in years to come.
My heart goes out to the churches looking for a new pastor this year. It won't be easy.

If there is one thing that Digital Platforms should have driven home by now, it is this: Content isn't King; it's Currency.
Unfortunately, so many churches are late to this memo. They believe their primary means of discipleship is the Pulpit. In the 21st century, you are just one voice in the cacophony of messages. Besides, research has shown that it isn't lectures that transform people-- It's knowledge gained alongside relationships and experience.
This spells bad news for churches that continue to push their preaching as the focal point of their ministry. The culture clicks on Youtube to search for the meaning of life, not your auditorium.
Social Media gives people opportunities for connection way more than sitting in a row listening to the professional speech-giver pontificating behind a pulpit.
If you continue to mindlessly use the prevailing model, you will continue to get diminishing returns on your investment. Fewer people are coming. It's time to try something new. Without a cohesive digital strategy, it's pretty likely your Church will see fewer people next December.

If you continue to mindlessly use the prevailing model, you will continue to get diminishing returns on your investment.

But All is Not Hopeless!

The Church in the Global West is headed for exciting times. It will take Fervent Prayer, Innovative Creativity, and Emotional Health to thrive in this new era of disruption, but I believe the Church's best days are in front of her. I know you have what it takes to succeed at Shepherding God's people through this season, for you were born for such a time as this. Let me know what you think will happen in 2022.

Share
EP199: So What's Going On with Jeff & THECHURCH.DIGITAL
CES Products to be Watching this Year

Chestly Lunday is an expert in Digital Strategy for Churches, and hosts "The Chestly Lunday Experience" podcast. He is highly regarded as an international speaker, strategist, and pastor helping leaders and churches reach more people in an age of disruption. He cut his teeth on digital strategy while he founded Aneeko, a leadership development organization training youth ministries and teenagers in Phoenix, Arizona. As a church revitalizer, youth pastor, and digital pastor, Chestly has over a decade of experience developing leaders from all walks of life. Chestly is on the cutting edge of innovation in the religious non-profit sector, currently co-launching the Digital Church Network. You can follow him at chestlylunday.com. 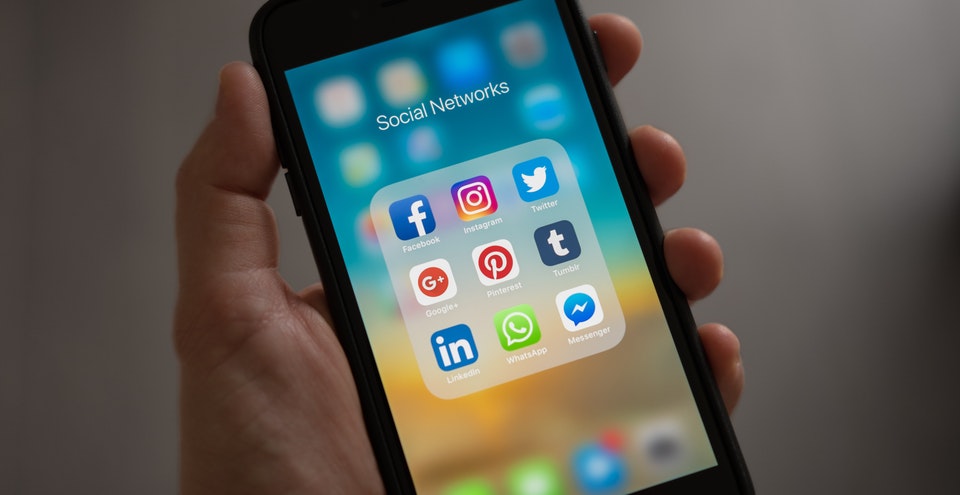 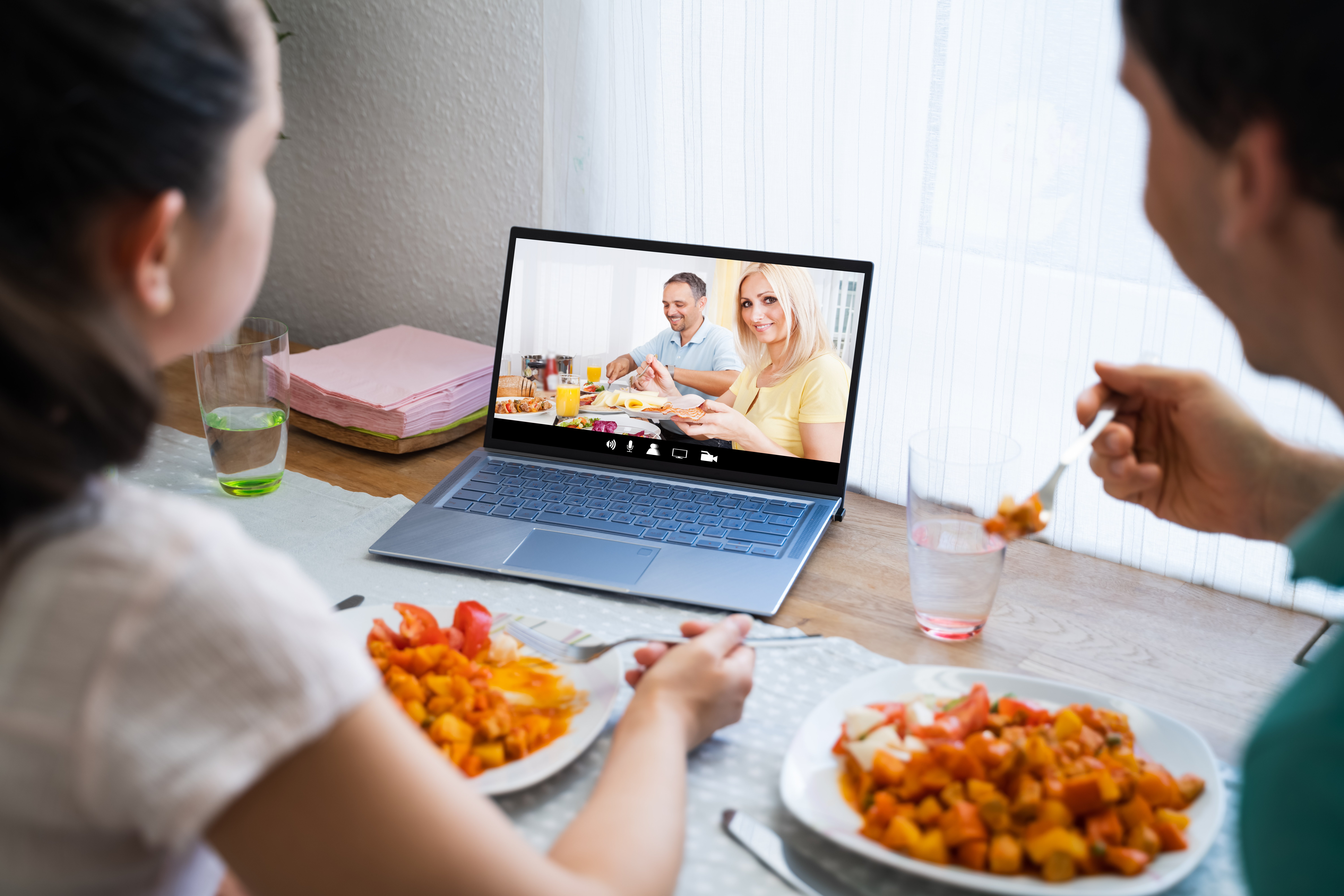